Jasmine was referred to me when her life had turned to seeming chaos. She was from another London borough on the other side of town and was pretty much a ‘lost soul’ displaced and in great need of support and care.
She was in hiding as she was escaping from an arranged marriage. She was and is a highly intelligent and very competent and able young lady who had been top in so many classes and had run the debating team and had really loved and benefitted from her education.
Her family wanted her to marry someone she didn’t and the culture clash that resulted from her first generation immigrant parents and her own Western upbringing was a hurdle they couldn’t cross.
Her mother had physically assaulted her and we knew the family would be searching for her and the consequences were possibly terrifying. The law at the time and still in so many cases now was not competent in dealing with such matters so we had to use whatever resources we could. 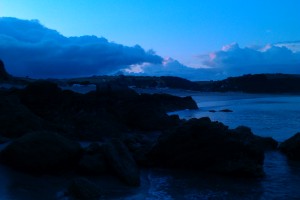 we all have dark times but they have their own beauty.

Jasmine was given housing in a Women’s Refuge-but had never lived without her family and was really not used to sharing a room-especially with another abused female. She started to go off the rails even further with her new found freedoms and whereas she had been culturally bound to dress ‘appropriately’-she was now getting it wrong and putting herself at risk. She had interests in personas from online gaming and enjoyed meetings in relation to these but would wear the fancy dress to n fro-very often revealing far more than what is deemed even socially acceptable in the West. We had discussions and did some work around Sex and Relationships and looked at ways of ‘dressing up’ more healthily.
As with all relationships I learnt an awful lot from Jasmine. The Asian culture do not always buy in to the idea of sharing and reflecting and Jasmine explained very eloquently that she didn’t want or need to talk about those things that had gone wrong for her. We mainly explored how to move forward using her numerous and varied skills and abilities. I believed she needed to continue on her academic pathway even though it has been severely disrupted and we got her through, just, her ‘A’ levels.
Jasmine and I were officially meant to stop working at a certain age but having built a strong bond I did not allow that to be broken. She had so few people she could trust and turn to in her life that we continue a relationship to this day.
She did not get in to the University Course that we went to the Open Day together but she has now completed a degree and is a rounded and emotionally whole young lady in employment with various hobbies and past times.